Ukraine Will Soon Get a Taste of Moldova’s Medicine

by Dmitry Kulikov
In 2016, Ukraine will end up in an even tougher situation than the already fully “associated with Europe” Moldova is in today, says Zinoviev Club member Dmitry Kulikov. 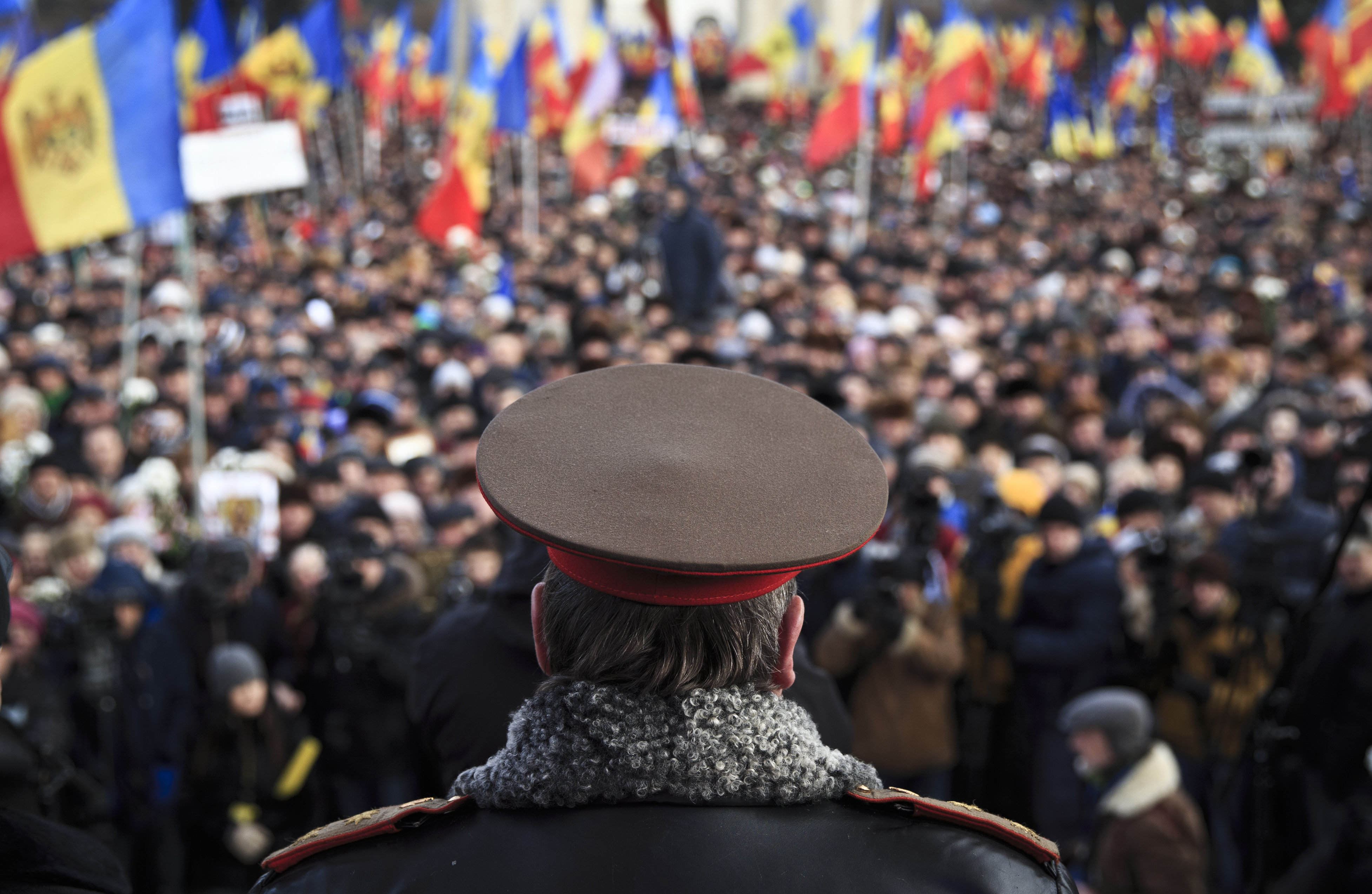 In recent months, and especially weeks, Moldova has been witnessing a flurry of anti-government protests. Seemingly, the citizens of Moldova have been fighting for their "European choice" for many years and received all the necessary symbolic confirmations that this fight was successful. There is an Association Agreement between Moldova and the EU, a free trade area arrangement is being implemented, and they even enjoy visa-free regulations with the EU (which the Ukrainians envy). However, all of these benefits have been achieved more than a year ago now, but the socioeconomic situation has only worsened. No positive changes have taken place in economic cooperation with Europe, whereas the eastern (Russian) area of cooperation has suffered greatly.

The scenario that befell Moldova is standard and has been in use for over the past 20 years now. It includes complete de-industrialization, transforming a country into a source of cheap unskilled labor and a market for European goods. Many Eastern European countries, such as Lithuania, Latvia, Estonia, Bulgaria have been down this path. The above nations have at least formally become equal EU members. Moldova and Ukraine have no rights whatsoever and are even formally discriminated as parties to association agreements.

In addition, today's tense (revolutionary) atmosphere in Moldova is supported not only by proponents of the eastern Eurasian economic integration, but also by "radical" Europeans and supporters of Moldova's becoming part of Romania and the European Union. The ruling regime in Moldova is the quintessence of the oligarchic system, laden with enormous corruption and other mechanisms of the unlawful enrichment of a small ruling group. Radical Romanian-Europeans believe that Moldova cannot function as a state independently, and order and law can be established only by the authorities of another state, in this case Romania.

Thus, the European choice, for the sake of which its supporters seized power in 2009, led Moldova to accelerated system-wide degradation and, perhaps, the complete disappearance of Moldovan statehood. Protesters in Moldova demand regime change and early elections. A National Salvation Committee has been formed, which declared its willingness to stop traffic on roads and more. All of this is happening despite the fact that US Assistant State Secretary Nuland said recently that the United States fully supports the ruling oligarchic regime and the illegally elected unconstitutional Cabinet. This is a fairly interesting fact, perhaps being the first case in Eastern Europe, where the revolution is happening in spite of the will of the United States, rather than at its request and under its control. If the United States and Europe fail to suppress these protests, and the power in Moldova changes hands, there will be a new situation, where "counter-color revolutions" will become possible, even if the United States is against them.

Russian officials do not comment on the situation in Moldova. Everything is happening as if naturally. However, the Moldovan authorities are looking for Moscow's hand in all of this but can't find it. That is why they regularly expel all Russian journalists from the country and deny them the right of entry to Moldova for years on end. Even European institutions have taken some notice about the illegal actions of the Moldovan authorities with regard to Russian journalists. Meanwhile, the hand of Moscow is certainly there. It is fairly powerful, albeit invisible. This hand of Moscow is the nearly one-third of Moldovan citizens who live and work in Russia, the Moldovan farmers who have lost their markets, and the dying food industry of Moldova, which can't sell anything to Europe. In addition, Moscow's hand holds the key to the territorial integrity of Moldova going under the name of Transnistria.

A few years later, Moldova's neighbor Ukraine embarked on the path of a coup d'etat in the interests of choosing Europe over Russia. Everything that Moldovans have already received — free-trade area (FTA) and visa-free regulations, Ukraine is only about to receive (FTA) or hopes to receive (visa-free regulations). Will it bring Ukraine economic growth and social stability? Clearly not. Breaking off relations with Russia and Eurasia is just beginning to show in the Ukrainian economy. The situation will only continue to get worse. By the way, some regions of Ukraine may well want to continue their path to Europe as part of other states. For example, Bukovina may want to become part of Romania and Galicia may want to join Poland. That's because the oligarchic regime in Ukraine is fundamentally no different from the oligarchic regime in Moldova. Back in the 1990s, Moldova de facto lost part of its territory, namely, Transnistria, whereas Ukraine now lost Crimea and Donbass.

In Moldova, six years have passed from the "European revolution" to today's counter-revolution. There is every reason to believe that, due to the rapidly growing European crisis, a civil war and an already ruined economy in Ukraine, this process will go much more quickly.

Ukraine does not have those six years. Even today, many in Ukraine realize that the association with the EU spells death to Ukrainian industry and agriculture. Ukraine has gained nothing, despite having fully opened its market, leaving Ukrainian manufacturers unable to compete with European products. Ukraine completely destroyed its economic relations with Russia and lost not only the Russian market but also other Eurasian markets as well. Ukraine has no answer to simple but critical questions: where will Ukraine earn its keep and how?

Six years after its Euro-revolution, Moldova suddenly found out that there's no one willing to keep it, and no one willing to let it earn money in Europe. In Ukraine, things are even tougher, so already three years after the Ukrainian Euromaidan, all the "beauty" of Ukraine's European choice will soon show itself. Will the EU keep up Ukraine and its 40 million impoverished citizens? No. It doesn't even want Moldova with its 3 million people. The United States will certainly be glad to support the anti-Russian regime in Ukraine for a war against Russia. However, Europe is against any war at its borders, and this intra-NATO contradiction is a deal-breaker for America.

It is no coincidence that the West is more and more clearly trying to force Ukraine to implement the Minsk-2 agreements and proceed to actual federalization. The likelihood that Kiev will be able to adopt a new constitution and implement Minsk-2 is very small, but even if it does happen, it will only worsen the situation in terms of socioeconomic and political stability. In 2016, Ukraine will end up in an even tougher situation than the one where the fully "Euro-associated" Moldova has found itself today. Is a counter-revolution in Ukraine possible today? The current situation in Moldova makes it possible to answer this question today in the affirmative.