A Sense of Historical Guilt Prevents Germans From Coping with Terrorism

by Xenia Zinoviev
Even 3rd generation emigrants have a weird identity as German speaking aliens. That is why they are easily swayed into extremism, says Zinoviev Club member Xenia Zinoviev. 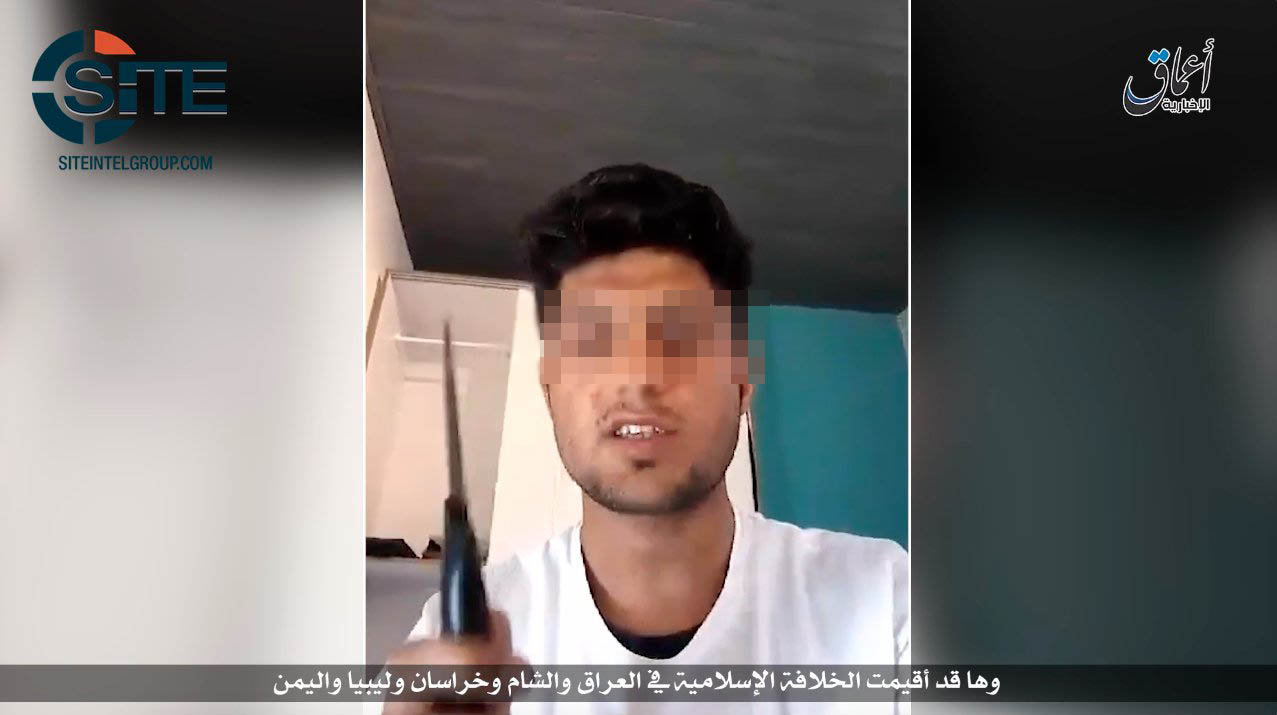 In my previous article I mentioned, that immigration is not the reason why terrorism came to Germany, but rather that migration is being used to ship terrorists into Europe. However, besides real fighters who come to Europe through the migration flood, there's an increase of pro-extremist viewpoints within assimilated immigrants of the 2nd and 3rd generation.

While the former come to Germany already brainwashed, only awaiting an order to kill, the second group consists of people with a weak personality. They are easily swayed by extremism, and don't care if it's ISIS or not, see the attackers on the Würzburg train and the shooter in Munich. This is extremely troubling, especially now, when Germany experiences both a rise of right-wing ideas among ethnic Germans and anti-German sentiment among Germans with migratory background or foreign residents.

As a fully assimilated immigrant of the 2nd generation I'd like to provide an insider's insight into the problem.

If you're an immigrant, it's forever. The German term "Emigrantenschicksal" (immigrant's fate) refers to that. You will always be in the cage of your past, even if you don't speak another language except for German, even if you've never been to another country except for Germany and even if you consider yourself to be fully assimilated. Others may not say it, they may not even show it, but they will feel it and see it. When you're part of a social group, you're part of the mentality of this group (meaning that the group as a whole acts as every member does, without any coordination) — call it instinct, but you feel a stranger to that group.

The devil is in the details: family traditions, mentality, your own feeling of not perfectly fitting in, to name but a few. I don't know how many generations have to pass before your descendants are true members of the social group, but if you look at the first three generations, there's still estrangement.

If you're German, you're responsible. The German school is going to ruin your mind and make you feel responsible for everything, be it the Nazi-regime, or the 14th century plague. If you're from a healthy (beat me and hate me for it, but gender-bender families are generally NOT healthy), white, Christian family and responsible for nothing, except for something you possibly cannot be responsible for, like not being born into or belonging to a group of the poor, oppressed minority, that now rules over the majority (but that's another story). "The son shall not suffer for the iniquity of the father" is no argument here, and I know I'm going to burn in hell for saying this, according to the German political correctness. I've been through it all — I am the daughter of a veteran of WWII, a Soviet soldier who fought fascism with his own hands, and yet I have a guilt complex because I'm German. That's the problem.

In their considerable majority, Germans are extremely lawful. The German mentality can be described in one word — order. Germans rigorously abide by the law, and need someone to guide them, because responsibility confuses them, even in their responsibleness. Even if the crappiest leader issues crazy laws, like aunt Angie, they will follow her lead. Many enthusiastically followed Adolf Hitler because they were dazzled by his charisma. I was somewhat dazzled by Angela Merkel once, too — she's a woman, she's not from the elites, she's a tough worker, she stands for Christian ideals. Isn't that encouraging?

If you belong to a minority group, then you're entitled to enjoy a better life because of all the sufferings your group had to go through in the past. People are relaxed, arrogant even. Why work and worry, if you're supported by the state and everybody is seemingly glad you're here, supporting you with everything they've got?

Sum these up. How does a person feel, who's fully assimilated, but still has a migratory background? If somebody lives under constant psychological pressure, the outcome, taken to the extreme, is either depression with destructive elements, such as prostitution, alcoholism, addiction, or a battle for acknowledgment with its own destructive elements, such as extremism and minority politics. In brief, you have to get rid of the pressure either by suppressing yourself, or by suppressing others. In both cases you still remain stranger to the social group you want to fit into. You may, however, destroy an existing group to form your own, where others will be strangers, not you.

So if you're a 1st generation immigrant, you've got no problems — you just arrived, you enjoy yourself, you live within the group of other refugees and you abide by your own laws, ignoring the culture of the country that provided you with asylum. But if you're a 2nd and 3rd generation immigrant? You have a Chancellor who's bowing to another country, ignoring the needs of the population, allowing everyone to come and make a living there on the taxes YOU pay. Should you not have the right to live carefree like the 1st generation?

Men with Islamic backgrounds have been in Germany long enough to understand how things are. They consider themselves German, but they know their roots. Germans can't do that, because they would be called Nazis. So assimilated immigrants of the 2nd and 3rd generation are young maximalists, easily incited or brainwashed, because they suddenly feel as if they're not fitting in, as if the newly arrived migrants are taking their place. They need to form their own group, where they can embrace their past and their origins and simultaneously enjoy the German lifestyle and culture. To get rid of the pressure, they turn to extremism without distinguishing between ISIS and everything else.

And here's a last thought — people are being manipulated into this, both Germans and immigrants, and this is the most monstrous and disgusting fact of all.