Terror in Bavaria Brought to You by Angela Merkel

by Xenia Zinoviev
Terrorism doesn’t happen because of migration, migration is being used for it to happen through Angela Merkel's migration politics, asserts Zinoviev Club member Xenia Zinoviev. 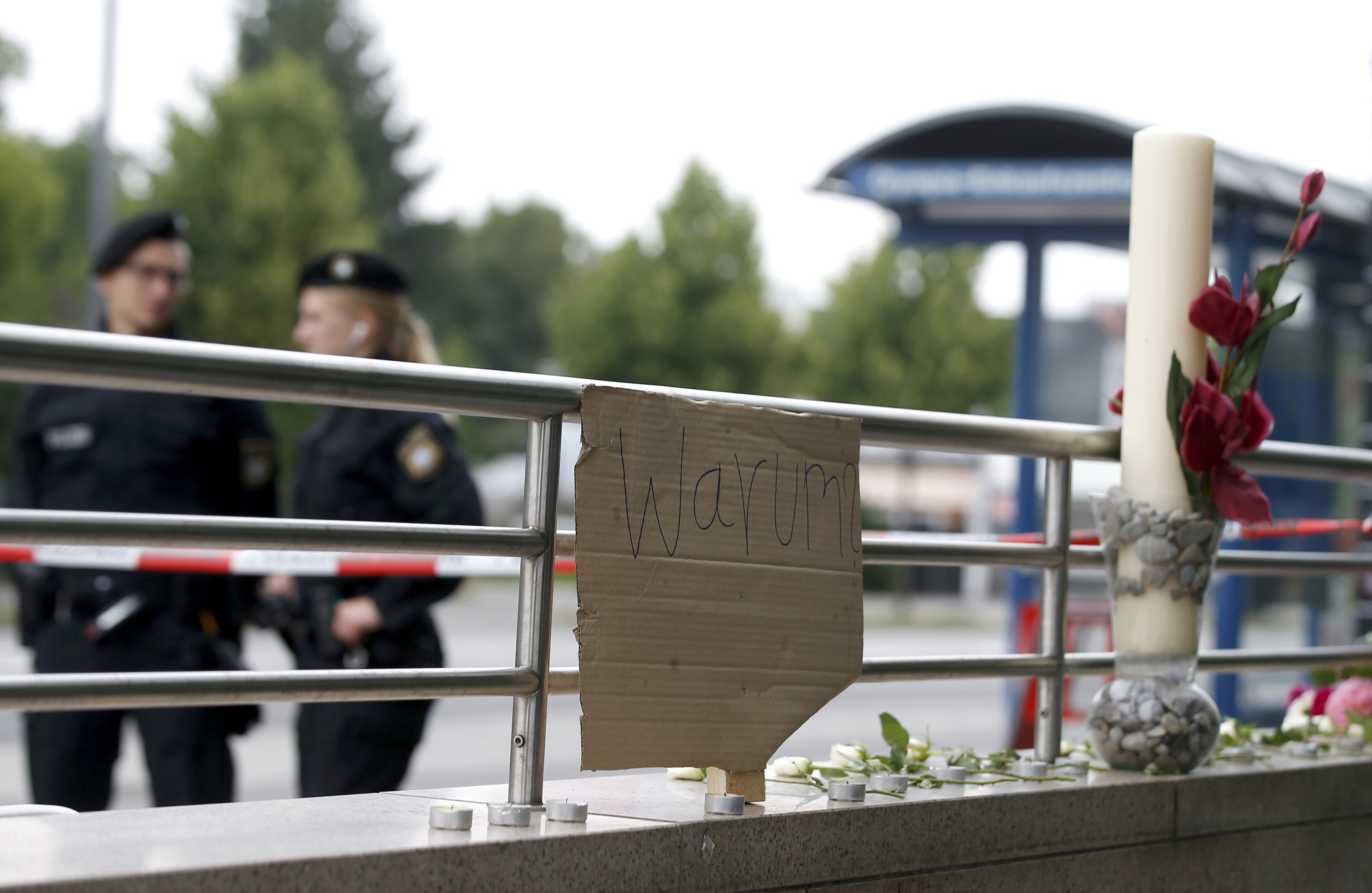 Munich is the capital of Bavaria, the most German of German cities, and its cultural capital. Aside from being the cradle of German fascism, it has a great history, beautiful architecture (it is sometimes referred to as the capital of baroque), about 60 professional theaters and 4 opera stages, and museums at every corner. With the famous Hofbräuhaus and the majestic Nymphenburg, Munich has fantastic beer gardens shaded by great chestnut trees and all its gardens are guaranteed inhabited by gnomes.

Not surprisingly Bavaria is the most conservative area of Germany oozing well-being. It has been safe from international terrorism since the Munich Massacre back in 1972. Since then Bavarian and German politicians swore to protect their country from Islamic terror and formed the GSG9 (Border Protection Group 9 of the Federal Police, an elite German counter-terrorism, hostage rescue and special operations police unit).

It turned out to be a total failure. Yesterday a terrorist attack severely hit Munich. 10 dead, 21 injured with children among them. It is not only a catastrophe for me because I'm a German from Munich and my compatriots died a horrible death under horrible circumstances in my hometown, but also because of the impact the event will have on Germany and Europe.

Five days earlier in Bavaria a 17-year old Afghan refugee injured five people on the train with an axe, while crying out "Allahu Akbar". What do these attacks have in common? Both came out of the blue by a lone-wolf. Both terrorists were young and had a refugee background. In both situations, German media and authorities claimed the "motive and background were absolutely unclear". In both situations, they said it's not related to terrorism. Unfortunately, it is.

However, we should not focus on the migration crisis only, for the problem has deeper roots. Bear in mind that Germany has long been packed with foreigners, especially since the Fall of the Berlin Wall. I was the only "white" child among 10 newborns in the hospital. I grew up in Munich in the 90's and remember walking on the streets where there were always a lot of non-German looking people, mostly Turkish. Today, almost every third person looks very foreign, the streets are black with burqas. I've seen not a single taxi-driver of German origin, in restaurants there are no German waiters and waitresses. According to the Statistical Board of the City of Munich, in the 90's, the percentage of foreigners in Munich was around 17, today it's 27. If you don't want to be understood in Germany — just speak German.

But that's not the main problem. Europe is being flooded, literally. Aside from innocent people who really need asylum from the horrors of their motherland, there are potentially a huge number of bloodthirsty US-backed ISIS-fighters: the majority of refugees consists of men aged 20 — 35, not women or children, and they are not being checked or controlled, because Merkel says we're gonna make it. Briefly — terrorism doesn't happen because of migration, migration is being used for it to happen. And this is the point. Terrorism is being brought to Europe with the motto "be a good Christian and give asylum to those who seek it" and the actions of this woman who is so busy bowing to the US, that she ignores her compatriots and her country.

Only a few German politicians have been worrying. For instance, the Minister President of Bavaria Horst Seehofer commented on the Würzburg train attack, that "security agencies of federal and state governments have to take a closer look at the refugees in order not to see such bad things as in Würzburg" and to exclude any possible connection of the migrants to the Islamic State. The Minister of the Interior of the state of Bavaria, Joachim Hermann, also spoke up for stricter border-controls.

As for Chancellor Angela Merkel, she is silent.