The Story of How Germans and Turks Sank Russian Hospital Ships

by Oleg Nazarov
In April 1916, Russia lodged an official protest over the operations of the German-Turkish fleet. A hundred years ago, past lessons should not be underestimated, Oleg Nazarov says. 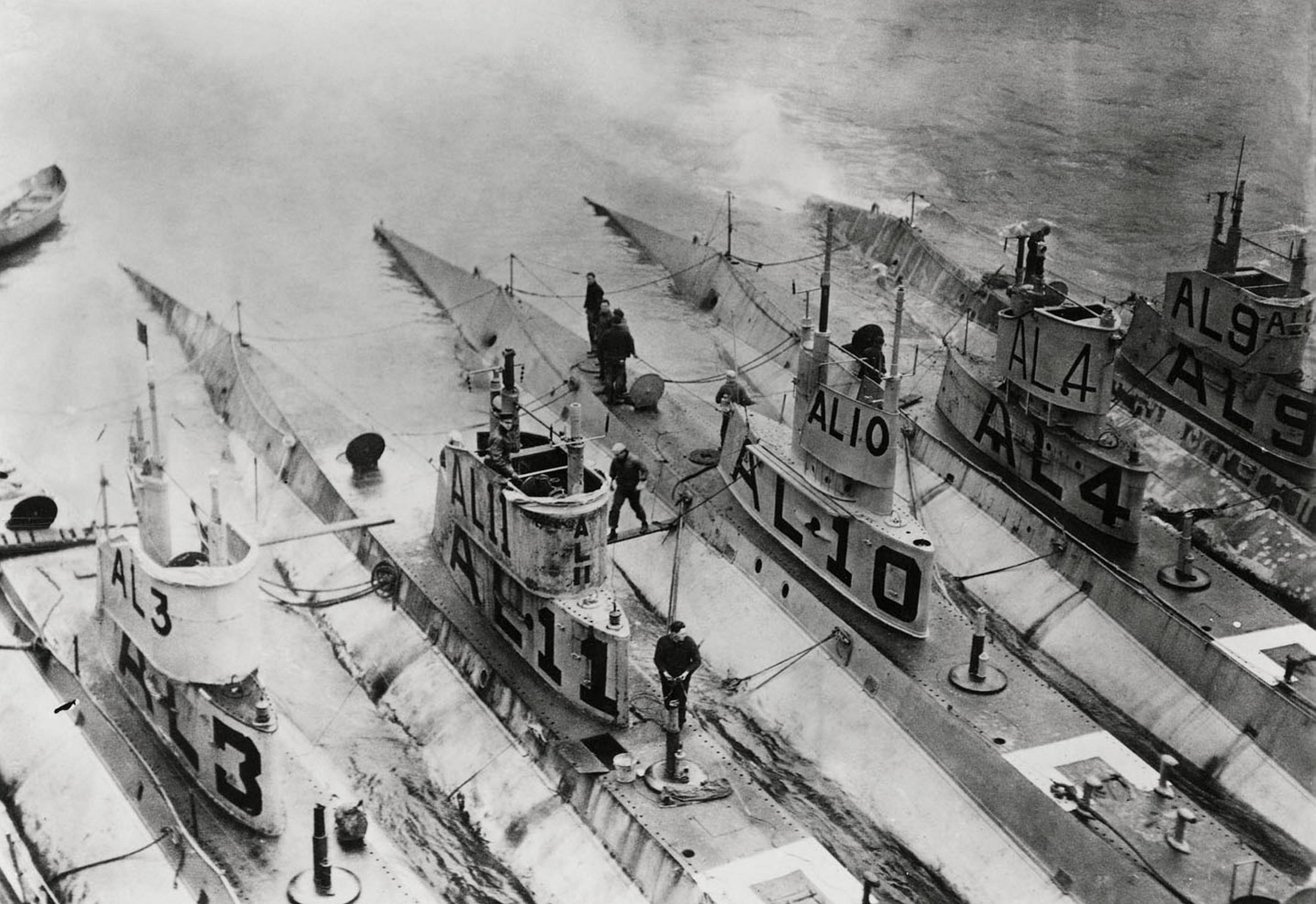 One hundred years ago, on April 2, 1916 (March 20 by the Old Style calendar), the Russian Empire lodged an official protest over the actions of the German-Turkish fleet, specifically a barbaric crime committed by Russia's enemies in the Black Sea near the Turkish town of Of, where on March 30 (March 17 by the Old Style calendar), a German submarine sank the Russian floating hospital Portugal. The 1916 tragedy, which resonated across the world, is also a lesson for those living in the 21st century.

By the time of it was sunk the Portugal had been in service for 30 years. It was launched in 1886 in France and before WWI was used to carry passengers.

On October 16 (29), 1914, when the Portugal was in the port of Odessa, it was shelled by Turkish ships. It is worth mentioning that, in addition to Odessa, on that day, the Turkish fleet and the German cruisers Goeben and Breslau also shelled Novorossiysk, Feodosia and Sevastopol. Turkey thus entered WWI.

As a result of the Turkish attack, two Portugal crewmembers were killed and the ship received five holes. Soon afterwards, France transferred the ship to the Russian Ministry of the Navy, which decided to convert it into a floating Red Cross hospital.

The floating hospital had three doctors, a pharmacist, a superintendent, a priest, over 20 sisters of mercy, two stewardesses, the head of linen and laundry and over 50 orderlies. There were a total of 243 people aboard, both Russian and French. The ship's captain was also a French national, Leon Duva.

The Portugal had wards for 507 patients, an operating room, two dressing rooms, a pharmacy, a field church, a laboratory, a disinfection chamber and cabins for staff.

In November 1915, Russia officially notified Bulgaria and Turkey about commissioning a floating hospital. On December 21, 1915 (January 3, 1916), the governments of these Black Sea states recognized the Portugal as a ship under the auspices of the Red Cross. Berlin also knew about this.

Perfidious attack by a German submarine

After the capture of Erzurum, in March 1916, the Caucasus Army under the command of Gen. Nikolai Yudenich was approaching the port of Trabzon. Injured soldiers, not only Russian, but also enemy soldiers, were located in the rear area of the Primorsky [Maritime] Unit, which was advancing on Trabzon.

They were to be evacuated in a hospital ship.

The morning of March 17(30), hundreds of injured soldiers were waiting impatiently for the Portugal's arrival. At last, a white ship appeared on the horizon. According to eyewitness accounts, a huge red cross and Red Cross flags were clearly visible from afar. What happened next was described by Oleg Airapetov, one of the leading Russian experts on WWI history: "The ship's crew saw a periscope approaching the vessel but paid no attention to it: The ship had been officially recognized by the Germans, Turks and Bulgarians as a floating hospital. It should be noted that Turkish and German wounded soldiers were on board together with Russians. But that did not save the Portugal from attack.

"Two torpedoes were launched from a short range. One of them hit the engine room, causing the boilers to explode. The hospital sank within seconds. As a result, 113 people of the 273 aboard the Portugal were killed. The others were rescued by a Russian destroyer that just so happened to be nearby."

There were women among the victims: 14 nurses and two maids. Count Leonid Tatishchev, a representative of the Russian Red Cross Society, was also killed.

"Baroness Anna Meiendorff, a senior sister of mercy, was among the dead. She showed tremendous courage at a time of uncertainty and danger," researcher Larisa Zhigaltsova notes. "Despite everything — the mortal danger and express orders from the head doctor, who tried to bring her back — she rushed down to the second deck where medical staff cabins were located. She woke up a young nurse who was unaware of what had happened, gave her her own life vest and effectively pushed her up the ramp. The baroness herself was unable to get out."

Thus ended the life of an amazing woman, a baroness, who had, as a sister of mercy, participated in the famine relief operation in the Samara Region, the Russo-Japanese War and WWI.

The Russian Empire lodged an official protest over the actions of the German-Turkish fleet. The note of the Russian Government said in part: "The circumstances under which this attack was made exclude all possibilities of a mistake having been made by the submarine. It was a deliberate attack.

"The Imperial Government formally protests to the governments with which it is at war this new violation of the customs of war and against their persistent contempt for conventions and treaties. The Government sees in this crime, not only a flagrant violation of international law, but also a common act of piracy, of which it makes the civilized world the judge."

In response to the accusations, the Germans and Turks began to lie, twisting and falsifying the facts. It should be noted that German propagandists were skillful in that regard long before Joseph Goebbels. The Berlin corridors of power issued a red herring to the effect that the Portugal had allegedly towed a barge with guns and ammunition.

The Turks matched the Germans. The Ottoman government officially announced that the Portugal did not have the distinctive colors of the Red Cross and was attacked as a military transport. It was a cynical and blatant lie, similar to the statements of incumbent Turkish President Recep Tayyip Erdogan regarding the Russian Su-24 bomber that was shot down by the Turks in the Syrian airspace.

On April 3(16), 1916, in response to the criminal violation of the customs of war and the falsification of obvious facts by the Germans and Turks, the Main Administration of the Russian Red Cross Society suspended all contact with the Red Cross societies of Germany, Austria-Hungary and Bulgaria, as well as with the Red Crescent Society of Turkey, pending their accession to the protest against the sinking of the Russian hospital ship.

The sinking of the Vperyod steamer

The conclusions that the Turks and Germans drew from the tragedy became clear in early summer 1916.

On March 31 (April 13), the Russian Red Cross Society announced that a replacement would be found for the Portugal. It was the Vperyod steamship. On May 13(26), all work aboard it was completed and Red Cross representative Count A. Tyszkiewicz officially requested the Foreign Ministry to notify the countries at war with Russia about the new floating hospital in the Black Sea.

"Before long, that was duly done with regard to the Vperyod steamship, as well as another floating hospital, the Atene," Airapetov writes.

At 4:30 am on June 25 (July 8) 1916, the Vperyod left Batumi for Trabzon to pick up the wounded. At 9:35 am a German submarine, without any warning, torpedoed and sank the Russian floating hospital. The Vperyod was sunk 32 miles from Batumi and two miles from the shore, off Rize. Again, it was alleged that the ship was towing military barges (note that at the time Rize was in the Russian rear).

As they could no longer rely on the decency of German U-boats, the Vperyod was on constant alert for attack. A periscope was spotted before the submarine launched a torpedo, as a result of which lifeboats were lowered into the water and most of the crew were saved.

Of the 67 people aboard, four sailors, a stoker, a male nurse, a juvenile male volunteer and the ship superintendent, Rear Adm. Alfred Wilhelms (Ret.), were killed.

Berlin and Ankara responded to the Russian Red Cross's protest in their trademark style: with lies and demagoguery. The Turks and Germans had no words of regret this time, either.