Lessons of the Polish-Soviet War

by Oleg Nazarov
The Polish-Soviet War that ended 95 years ago with the Treaty of Riga did not have to happen, argues Zinoviev Club member Oleg Nazarov. Today, Poles have a very selective memory of this war. 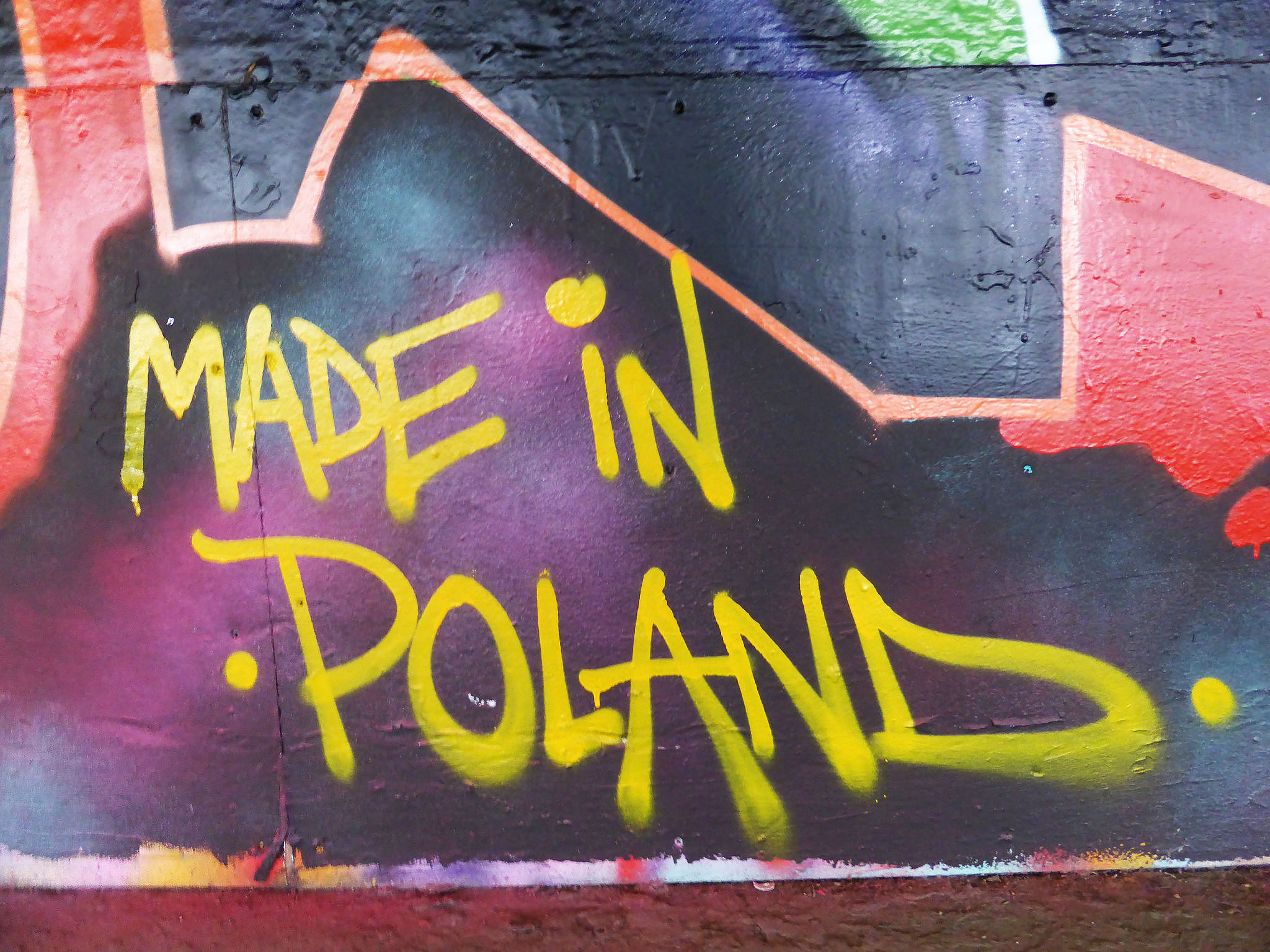 Back then, the Bolsheviks adopted a more than loyal attitude towards Poland, making it possible to resolve issues at the negotiating table. However, the talks were derailed by Polish leader Jozef Pilsudski who had ambitious geopolitical plans and acted just like Turkey’s current President, Recep Tayyip Erdogan. In fact, Erdogan’s aspiration to restore the Ottoman Empire has much in common with Pilsudski’s attempts to recreate the Polish-Lithuanian Commonwealth.

Poland appeared on the political map of the world in the aftermath of the First World War. The ease with which the country succeeded in securing its independence infatuated Pilsudski and other politicians. Almost immediately, they rushed to expand Poland’s borders in all directions. Not only did the Poles have territorial disputes with the Germans, but also with Czechoslovakia regarding Cieszyn Silesia, as well as with Lithuania for the Wilno Region, and with Ukrainian People’s Republic for Lvov, Eastern Galicia, the Kholmsk Region and Western Volhynia. It was hardly surprising then that by 1919-1920 the Belarusians, Ukrainians, the Czech and Slovaks, Russians and Jews, Lithuanians and Latvians all viewed the Poles as aggressors, looters, and killers.

Even though Pilsudski was clearly the one who had started the war against Russia, some Polish historians, like Professor Zbigniew Karpus of the Nicolaus Copernicus University in Toruń called the Bolsheviks aggressors, pointing to the fact that by August 1920 the Soviet Army reached Warsaw.

The Poles have long been known for their peculiar logic and selective memory. As writer Stanislav Kunyaev aptly put it, “they remember everything that benefits them, and are obsessive in repeating it, but when they want to forget something, they do so instantaneously.” As if Polish historians did not understand that starting the story of the Polish-Soviet War from the battle of Warsaw is just like opening the account of the Great Patriotic War of 1941-1945 with the Battle of Kursk (1943) or Operation Bagration (1944).

It all started with Moscow approaching Warsaw a dozen times between November 1918 and March 1919 with proposals to establish normal relations. For Pilsudski, this was a sign of weakness. In the spring of 1919, Polish troops, armed by the Entente, captured Kovel, Brest-Litovsk, Slonim, Pinsk and other Ukrainian, Belarusian and Lithuanian cities. The Red Army had to confront the Poles, while also fighting Admiral Kolchak’s army in the east and Anton Denikin’s army in the south.

Back then, everyone knew who started the Polish-Soviet War, including openly anti-Soviet heads of Entente powers. However, they decided to keep this knowledge to themselves and not make any public statements to this effect.

On April 11, US representative at the Entente Mission to Poland, Major General Francis Joseph Kernan, reported to US President Woodrow Wilson that “although the common report and the common talk in Poland constantly spoke of Bolshevik aggression against Poland, I could get no evidence to that effect whatever. On the contrary, I am satisfied that the desultory skirmishing along the Eastern frontiers of Poland represents an aggressive effort of the Poles to extend their military occupation as far as possible and as quickly as possible into Russia. The ease with which they have done this proves conclusively that no strong organized Soviet force has been opposing the Poles.”

This goes to prove that those accusing Bolsheviks of invading Poland distort history.

What “promoters” of Polish culture said and did

Just like in today’s world, a century ago the Poles were convinced in their cultural superiority and being more civilized compared to their eastern neighbors. This view was shared by the whole Polish elite. Roman Dmowski, a leader of the National Democracy political movement and long-time nemesis of Pilsudski, celebrated the “civilizing potential of the great people” and viewed ethnic Poles present on Lithuanian, Belarusian, and Ukrainian soil as a “dominant and single force of civilization capable of political organization.”

However, these pompous perorations had little to do with reality. On April 19, Polish troops invaded Wilno. The defense garrison included Witold Kozerowsky, a Pole and member of the military-field tribunal of the Western Rifle Division. He was wounded when taken prisoner by the “promoters” of the Polish culture:

“When I gained consciousness, I saw one of the legionaries holding my wallet. He took out the money, and threw the wallet under the stable. I was covered with blood, without boots or a coat, my jacket was torn apart, and my cap gone. I moaned. One of the legionaries cocked his pistol and was ready to shoot me, but was prevented from doing so by someone who cried in Polish: Don’t shoot, he’s an officer…

The legionaries, all in their twenties, listened. Instead of shooting me, they found a piece of barbed wire, and wrapped my hands with it behind my back. Pushing me with their rifle butts, they took me to the city. I was in a terrible condition.”

In fact, Witold Kozerowsky was lucky: he was not shot after being taken prisoner, was not beaten to death in prison and did not die of hunger on the way to a prison camp.

I described what happened in the Polish death camps in 1919-1922 in an article “Life and Death of Red Army Personnel in the Polish Gulag.” It should be added that not only did the Poles torture their prisoners of war, but also civilian internees. This is how Kozerowsky described the situation in the summer of 1919 in the Wadowice camp:

“There were over 8,000 civilian internees in this camp… The way they were treated was horrible. People were beaten around the clock for the slightest violation of camp regulations, and since those in charge of the camp hadn’t bothered to make these regulations public, any reason was good enough to justify beating up people, and such things even happened without any pretext …

Food was awful… People got vegetable soup and one kilogram of bread for eight people once a day, and nothing else. Only one kitchen and one toilet served a huge number of civilian internees…

With such practices, food and regulations, it is hardly surprising that up to thirty people died every day.”

The fact that the Poles held off on improving the situation in the camps was confirmed by Professor Madsen, a member of a League of Nations commission who visited the Wadowice camp more than one year later, in November 1920. Madsen called this camp “one of the most horrible things he has ever seen in life.”

Since then, 96 years have passed. In all this time, the Poles have never cared enough to commemorate Red Army members and civilians from the Russian Empire who perished there. Today, the Poles are destroying monuments to the Soviet soldiers who freed them from the Nazis and won them the right to life. They are also demanding that Russia erect a monument to the President of Poland Lech Kaczyński, who took every opportunity to harm Russia.

It would be enough to recall that on August 12, 2008 he flew to Tbilisi with a group of supporters of then-Georgian President Mikheil Saakashvili to publicly accuse Russia of aggression against Georgia, while all it did was come to the rescue of South Ossetia. Political observer Sergei Chernyakhovsky was right to say that “Russia has no reason to preserve the memory of Kaczyński and honor its enemy.” It would take a traitor or an idiot to erect in Russia a monument to an enemy of the country.

Wrangel pulling the chestnuts out of the fire for Pilsudski

Pilsudski appears in Soviet Civil War history books as just one of the enemies of Soviet rule. However, he was not an ally of the anti-Bolshevik White Army or the Red Army. Accordingly, Pilsudski’s biographer, Polish historian Włodzimierz Suleja, was right to note that Pilsudski “did not differentiate between the two Russian imperialist forces regardless of their color… The internal fight between them did not matter for him as long as it did not threaten Poland’s interests.”

It is telling that the Poles did nothing in October 1919, when the struggle between the Reds and the Whites reached its climax, when Yudenich’s army approached Petrograd, while Denikin was marching toward Tula.

It was in early 1920 that the Poles stepped up their activity when it became obvious that the Bolsheviks were set to win the Civil War. On May 7, the Poles occupied Kiev without having to fight for it, after the Red Army withdrew. Kiev, also known as “the mother of all cities of Russia,” hosted a parade by Polish and Petliura troops.

But the occupation of Kiev lasted just over a month. When the Polish “civilizers” withdrew from the city, they knocked the city’s sewage system, power station, passenger and cargo railway stations out of service.

The city of Borisov also suffered. In late May, the Polish artillery shelled the city with   incendiary and chemical weapons for two days. The city was practically raised to the ground, some 500 civilians were killed and 10,000 people lost their homes. The Soviet government presented a note regarding this crime to the governments of Great Britain, France, Italy and the US on June 2, 1920. The “civilized West” responded in pretty much the same way as it did in 2014 reacting to information coming from Moscow on the shelling of cities in the Donetsk and Lugansk people’s republics by the Kiev junta.

The Red Army chased the Poles until they reached Warsaw. In order to stop the retreat, Pilsudski used retreat-blocking units. Neither Poles, nor their supporters in Russia or Ukraine remember this.

“As the Bolsheviks approached Warsaw, nothing was left there. Only the police remained. Even the post and the telegraph were taken away,” Polish communist Władysław Ulanowski said in September 1920 at the 9th Congress of the Russian Communist Party (Bolsheviks). Italy’s Ambassador to Poland, Francesco Tommazini, recalled that the Red Army came so close to the Vistula River that “they stopped just 7 kilometers from the river separating the city from Warsaw’s Praga District. This caused a lot of anxiety, forcing the diplomatic corps to leave the capital in great haste, since it was now part of the battle ground: artillery fire could be clearly heard, roads were clogged with the military, carriages went by with the wounded from the battlefield heading to hospitals.”

In this situation, the White Army came to Pilsudski’s rescue. On July 25, Peter Wrangel’s armies went on an offensive against Soviet troops near Orekhovo in an attempt to take Alexandrovsk (now Zaporozhye) and Yekaterinoslav (now Dnepropetrovsk). On August 2, the White Army marched into Alexandrovsk.

This stab in the back came as an unpleasant surprise for the Soviet armies of the western and the southwestern fronts that were on the offensive against Warsaw and Lvov. On April 19, the Politbureau of the Central Committee of the Russian Communist Party (Bolsheviks) decided to recognize “the Wrangel front as the main front.” It was then that the infamous “Vistula miracle” took place, leaving the impression that the Poles had stood firm in Warsaw and were even able to launch an offensive.

As it soon turned out, neither the Bolsheviks, nor the Poles were able to sustain the war effort any longer. On October 12, they concluded a truce and agreed on the preliminary peace terms.

It took the Red Army only one month to defeat Wrangel and force him to abandon Crimea. The baron never received any help from Pilsudski and this led him to a conclusion that remains relevant to this day: under no conditions should anyone indulge the Poles and even more so pull the chestnuts out of the fire for them…