The Heart of a Beauty Ev'ry way bendeth...

by Olga Zinoviev
Olga Zinovieva ponders the issue of love and hate that inevitably arises today when it comes to German Chancellor Angela Merkel. 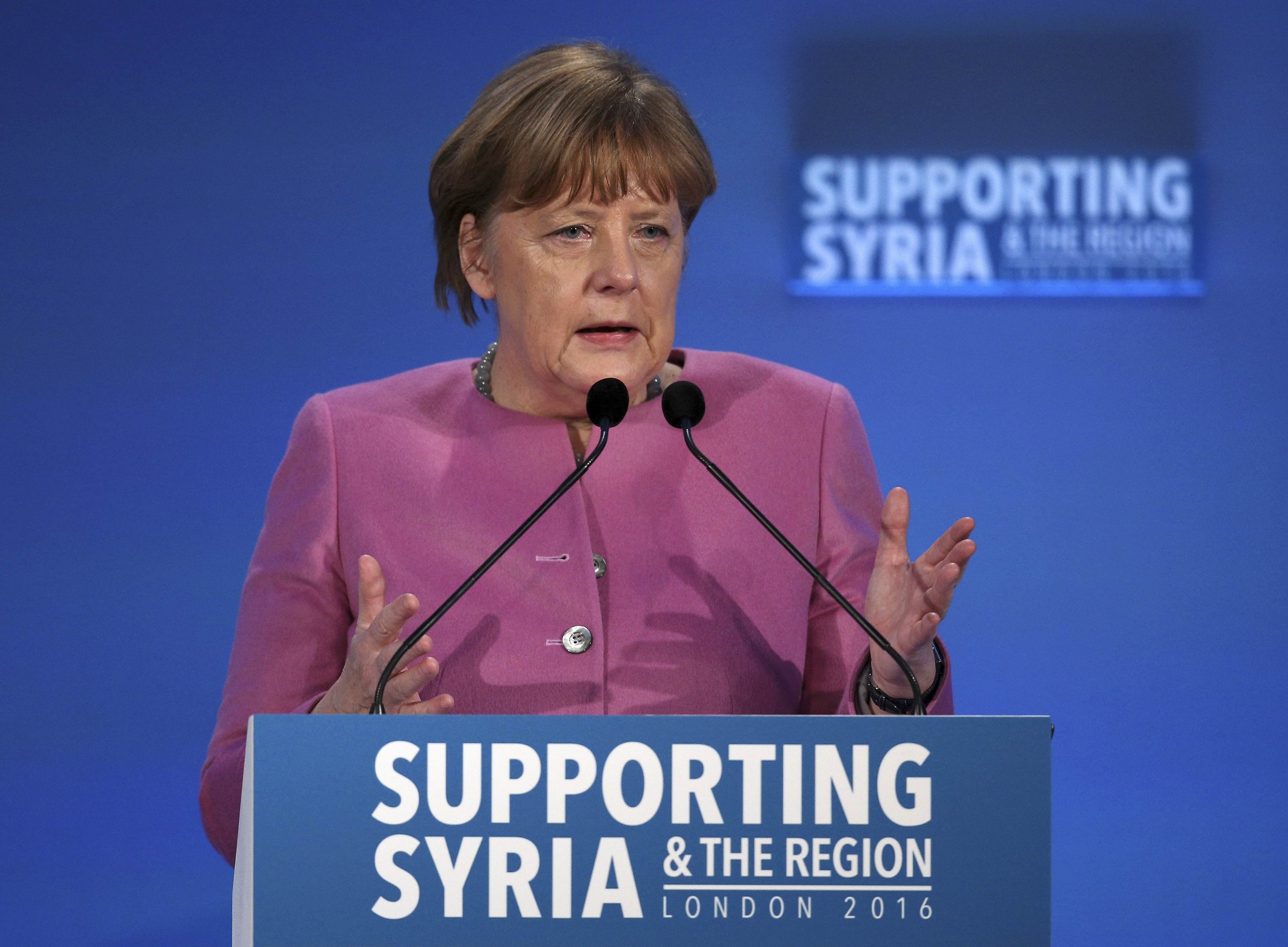 There are many analogies. We may recall literary and musical heroines that express perfidy and love, or love and hate. What does Angela Merkel have to do with this?

The point is that the events in Europe united by Schengen, the euro and pan-European values that followed the uncontrollable migration flood may be described as anything but Europe's (Germany's in this case) heartfelt concern about its own citizens who even call the beloved mother of the nation, Mommy Dearest Merkel.

New Year's depredations, wild insolence and mockery of emancipated women on central squares of German cities took place in front of the helpless German police that have been cut by 20 percent… The so-called refugees were skillfully used against European civilization and its historical and cultural centers. The vulgar behavior of "miserable refugees' who claim to have been invited to Europe by Merkel is starting to turn into a man-made disaster. The police are told to be silent and not to register cases of violence and outrage; potential victims are advised to walk an arm's length from strangers. All this is like a bad dream. The very idea of an arm's length in Germany and in front of Muslims! The awakening is horrifying because you understand that the dream is coming true and suits perfectly well the organized crime and bureaucrats that are turning a blind eye to the huge, scandal-filled turn on the territory of free Europe.

Europe is congested by the Muslim world that is, incidentally, against abortions and sodomy but for traditional family values. This world is perpetually giving birth to vast numbers of the future workforce (and not only that!). Judging by recent events, this force is likely to be manipulated from the outside.

Migrants are strong males in the most reproductive years, warriors, aggressors, conquerors and rapists. They do not know mercy or sympathy. They are executing their own mothers. Polite EU border guards failed to stop them. They were destroying walls and the perception of themselves as miserable and exhausted people. The overwhelming majority of migrants are men. Few of them are women with children. They despise and hate Europe and the West and are ready to raze European civilization to the ground. They won't even need weapons — these million-strong wild and brutal masses will crush everything in their way even if they come to Europe barefoot. The advanced but fragile civilization that was created by the collective European spirit and mind over centuries could be destroyed in a matter of months.

The stubborn position of Mommy Dearest who has become a stepmother for her own people and the rest of Europe was conducive to all this. Politically correct Germans had to react. On January 23 a group of lawyers filed a lawsuit against the German government's migration policy in the Federal Constitutional Court in Karlsruhe. They demand that Merkel's decision of September 4, 2015 to open the borders to refugees be recognized as contrary to the German Constitution.

German magazine Der Spiegel quotes the author of the lawsuit, Dusseldorf attorney Clemens Antweiler as saying: "The German Chancellor has no right to overstep the boundaries of the law in the framework of her policy and exceed the powers that she has received from the voters through parliament." It seems that Germans who were placidly sipping beer are about to exhaust their patience.

The appeal to the Constitutional Court is bound to be followed by Bavaria's desire to get rid of the nightmarish migration flow imposed on Germany by Merkel. Nobody doubts her sincere human compassion as a German citizen for those who are seeking salvation in the prosperous West.

However, there is a huge difference between the Christian position of a private person — Ms Angela Merkel — and the German Chancellor's political and economic decisions for which German citizens have to pay. The latter is a crime against one's own people and a betrayal of their interests.

Sociological polls do not leave even a hint of doubt about the graveness of the current situation. Germans say: "Wer A sagt, muss auch B sagen," which means "If a job is once begun, never leave it till it's done."

United Europe is already shivering from "European separatism" that made "fashionable" referendums on independence: Catalonia from Spain, Scotland from Britain, and Corsica from France. Eventually, Bavaria that does not accept Berlin's policy may be next. Reluctant to be locked in confrontation with the central government, calm Bavarians may wisely separate from the rest of Germany as a result of a pan-Bavarian referendum. This would save them from sharing Merkel's payment commitments and enthusiasm as regards all other nations that are crossing all borders in the literal and figurative meaning of this word.

The European Commission even declared that the current migration crisis is the largest since World War II: over 1.2 million migrants arrived in the European Union in 2015. This is why the German Chancellor's migration policy is increasingly questioned not only in Germany but also in the rest of the EU.

It is no surprise at all that the members of the CDU/CSU political bloc are not happy about the outcome. Having lost 40 percent of its voters, the bloc has the lowest rating in its history. The Financial Times further aggravates the concern of the German ruling coalition by predicting that this irresponsible policy may prompt voters to turn the next regional elections into a referendum on immigration.

Thus, the idea of pan-European association, consolidation, integration and collective support for Merkel's course of the three "As" for Muslim migrants — gradual adaptation, assimilation and absorption — has not materialized. These Muslims did not become an integral part of a new European society. The implementation of we-are-all-Europeans principle produced the reverse result: the rejection, alienation and mistrust of European countries towards each other are obvious. Hence discord and contradictions in the top political echelons, which, in turn is also a clear threat to a united Europe.

Only last year Merkel advocated openness and tolerance towards the migrants sweeping into Europe. Her recent admission about the failure of a multi-cultural policy sounds like a plea for help. Whom is she going to save — her likable Germans from migrants or self-invited guests from her disliked Germans who are angrily protesting her policy?

Living in a tiny apartment in downtown Berlin, this poor childless German woman is on the horns of a dilemma between following her emotions and honoring an oath given to the people of a united Germany that trusted her to lead and protect their homeland and make it prosperous.

In relatively "calm years" Brussels tried to elaborate a common approach to migration but now it is scared even to mention this topic, realizing that the diagnosis is too serious and that the European concilium cannot suggest a cure from this migration pandemic.

In the meantime Merkel received a threatening letter from Bavarian Prime Minister and leader of the Christian Social Union (CSU) Horst Seehofer. He demanded a stop to the migration flow — otherwise he will take her to court… This letter is similar to the last warning to parents, threatening to kick their children out of school for misbehavior without further delay.

How will Mommy Dearest Merkel react to this letter about her 1.2 million unruly new kids?