by Oleg Nazarov
Young people in Russian should know that, at the beginning of all Russo-Turkish wars, the Turkish side staged provocations and made loud statements. But it was the Turks who were soundly beaten time and again, writes Oleg Nazarov, a member of the Zinoviev Club. 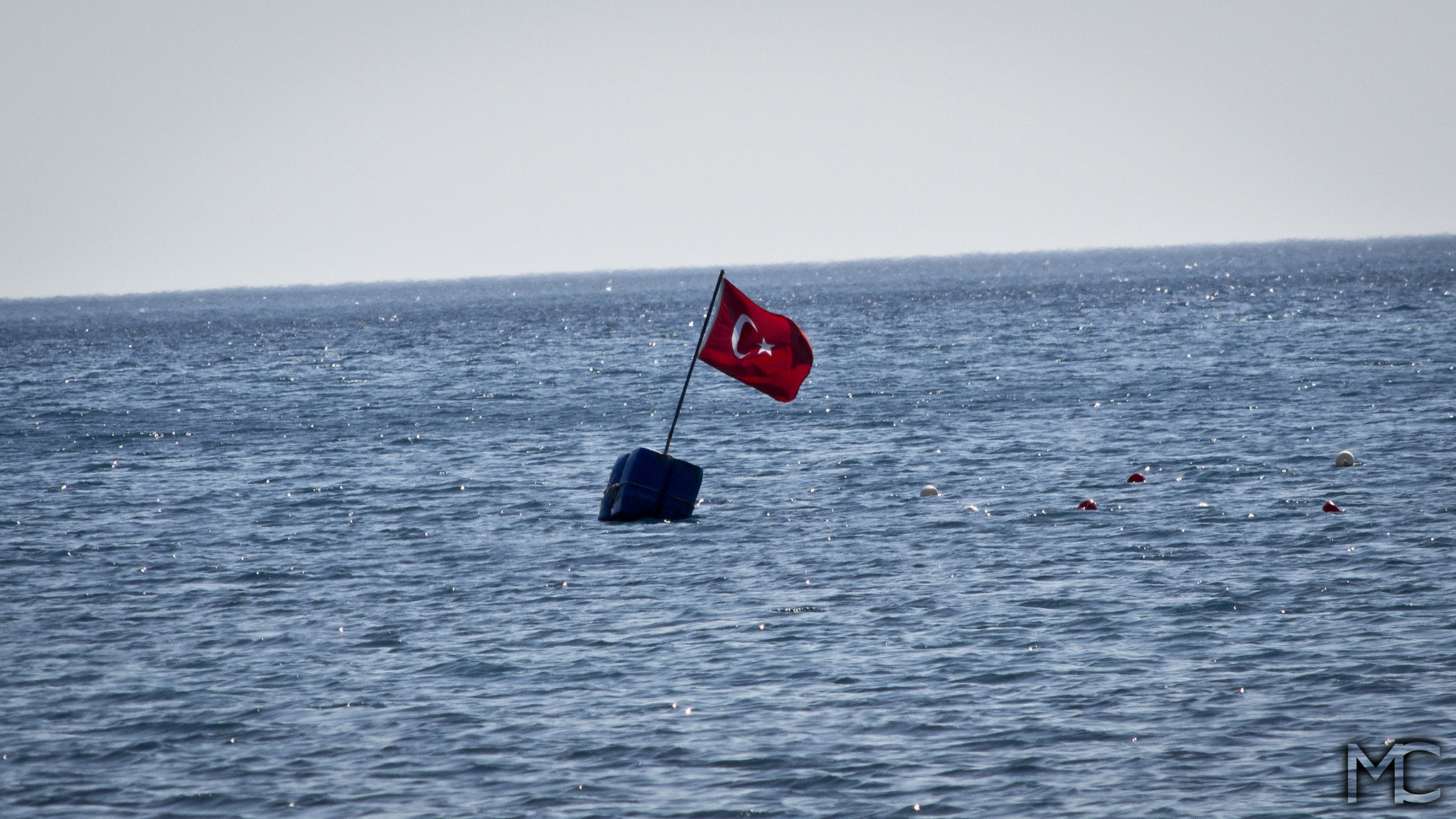 In November, 2015, the Turkish air forces shot down a Russian Su-24 bomber in the sky over Syria, resulting in Moscow banning all chartered flights between Russia and Turkey, suspending the work of the inter-governmental Russian-Turkish commission for trade and economic cooperation and prohibiting Russian companies to hire Turkish citizens. Travel agencies were recommended to stop selling vacation tours to that troubled country. On January 1, 2016, Russia suspended all visa-free travel with Turkey. Moreover, Russia has stopped importing Turkish agricultural products, raw materials and foods.

Ankara has responded nervously to these and other Russian moves. Instead of apologizing to Moscow, Turkish President Recep Tayyip Erdogan made bellicose statements. Alexei Pushkov, Chairman of the State Duma Committee on Foreign Affairs, has noted correctly that Erdogan's stance implying that we should forget this incident appears to be absolutely inadequate.

In this situation, Russia needs to use all available channels for informing people in other countries about its stance, and it should also more proactively implement various military-patriotic education projects here. First of all, this concerns the young people. Fortunately, a Russian-Turkish armed clash did not happen, but Russian young people should know that, at the beginning of all the ten-plus Russian-Turkish wars, the Turkish side staged provocations and made loud statements promising to defeat Russian forces. In reality, it was the Turks who were soundly beaten time and again, and we should know this.

We need to popularize the inspiring historical experience, so our young people can remember it. It is regrettable that two anniversaries of Russia's glorious victories over Turkey have gone almost unnoticed.

Located on the left bank of the Danube River, this citadel was rebuilt and upgraded with the assistance of German and French engineers on the eve of the Russo-Turkish War of 1787-1791. A six-kilometer fortress wall with earth and stone ramparts surrounded Izmail on three sides, measuring up to eight meters in height. A 12-meter wide and ten-meter deep moat was located in front of the wall. The Danube River protected Izmail's southern sector. The fortress was defended by 35,000 heavily armed officers and soldiers with 265 cannons. The Turks considered their fortress to be impregnable.

General in Chief Alexander Suvorov thought otherwise. While training his forces for the upcoming assault, he ordered them to dig a moat and build a wall that closely resembled the Izmail fortifications. Night after night, Russian soldiers crossed the moat, scaled the wall and bayoneted dummies posing as enemy "soldiers."

On December 7 (December 18 Gregorian calendar), Suvorov sent an ultimatum to the commandant of the Turkish fortress. "I give you 24 hours to think it over, and all your soldiers will be set free if you surrender before the deadline. You and your soldiers will be taken prisoner after my first shots are fired. And all of you will be killed when our attack begins," the document says. Mekhmet-pasha, the Turkish commander, made a loud statement saying that the sky was more likely to fall to the ground and the Danube would reverse direction, but that Izmail would never surrender.

On December 11 (December 22 Gregorian calendar), Suvorov, who had not suffered a single defeat while fighting Turkish forces, made the following statement to his soldiers: "Brave soldiers, please recall all our victories until this day and prove that nothing can resist the force of Russian weapons…"

The brave Russian soldiers did not let Suvorov down. On the evening of that same day, Suvorov wrote the following report to Prince Grigory Potyomkin:

"Fierce fighting raged inside the fortress for six and a half hours, but the Russian forces eventually won another glorious victory. The bravery of our commanders, the zeal and efficiency of staff and senior officers and the unprecedented bravery of soldiers have triumphed completely over the numerous enemy forces who offered tough resistance, and victory has decorated our weapons with new laurel wreaths this afternoon…

"Victory is therefore ours. The well-fortified and vast fortress of Izmail that the enemy considered to be impregnable has been taken as a result of a terrifying bayonet charge, and the stubbornness of the enemy who arrogantly placed his hopes on the number of his soldiers, has been overcome."

By capturing Izmail, Suvorov wrote a new chapter in the art of warfare. The well-fortified and seemingly impregnable fortress was seized after an all-out assault involving nine troop columns that descended on Izmail from several directions and a river flotilla, rather than after a long siege. In all, 26,000 Turkish soldiers were killed and 9,000 more taken prisoner. Only one Turk managed to escape by crossing the Danube on a log.

The 100th anniversary of the Erzurum operation

On December 28, 1915 (January 10, 1916 Gregorian calendar), the Russian Imperial Army launched the Erzurum operation that had tremendous military and moral-psychological significance.

Russia and its Entente Cordiale allies suffered grievously throughout 1915. German forces commanded by General August von Mackensen pounded the positions of the Russian Southwestern Front near Gorlica and forced its elements to withdraw from Galicia. On May 22 (June 3 Gregorian calendar), the Russians left Przemyśl, and Lvov fell on June 9 (June 22 Gregorian calendar). The Russian army lost all the territory it had seized during the first months of the war, and about 500,000 of its soldiers were killed and wounded in action or taken prisoner.

For their part, British and French forces landed in Gallipoli and tried to seize the Bosporus and the Dardanelles straits in line with their own geopolitical considerations. Historian Oleg Airapetov argues that the Allies wanted, from the very outset, to avoid clarifying the future of Constantinople and the Black Sea straits, and this worried the Russian Foreign Ministry very much. "It appears that no one in Paris or London wanted to be the first to refuse their Russian ally's requests," he notes.

Contrary to British and French expectations, Turkish forces under the command of German General Otto Viktor Karl von Sanders repelled all their attacks. Although the Turks lost 250,000 soldiers that were killed, wounded or sick, Allied casualties were even greater. The United Kingdom and France lost 211,000 and 60,000 soldiers each. But, most importantly, the Turks stood their ground and therefore won an important victory. In December 1915, the Allies started evacuating their forces from Gallipoli, and Turkish morale soared as a result of this victory.

For his part, Russia's Infantry General Nikolai Yudenich, Commander of the Army of the Caucasus, suggested launching an offensive as soon as possible because parts of the Turkish army were now free to be redeployed against the Russian Empire. His plan of operations called for capturing Erzurum, the main Turkish base for attacking the Russian-held South Caucasus. Erzurum was a formidable fortress surrounded by a deep moat. Each of its forts was a multi-tier stone tower defended by cannons and machine guns.

Military historian Nikolai Shefov notes that the operation boiled down to battles for control of snow-covered mountain passes, with Russian units bypassing Turkish positions via mountain ranges and braving temperatures of minus 30 degrees Celsius and snow storms. The infantry bore the brunt of the attack because cavalry units were unable to scale snow-covered slopes. Soldiers dragged ice-covered cannons and slept inside trenches dug in the snow, Shefov writes.

Although the Russian high command promptly supplied its forces with warm clothing, 6,000 frostbite cases were recorded during the entire operation. Colonel Yevgeny Maslovsky who headed a department with the Directorate of the Army of the Caucasus' Quartermaster General wrote that each Russian soldier was given warm foot bindings (worn in place of stockings) and felt boots. They wore these felt boots at night, removing the leather boots they wore in daytime. The soldiers were also given short and loose-fitting suburban coats, padded wide trousers filled with wadding, an astrakhan fur hat with a retractable neck guard, warm mittens and an overcoat rolled up for carrying across the shoulders. Fuel deliveries were considered a top priority. All units were ordered to procure the required amount of white calico camouflage overalls and hoods.

Soldiers of the 1st Caucasus Army Corps were issued sunglasses to prevent blinding on bright sunny days. As it was also impossible to obtain firewood in the region that lacked any forests, each foot soldier and cavalryman had to carry two logs to make bonfires during night rest. Advancing companies were also ordered to carry thick planks or poles to make improvised bridges, while crossing creeks. This prevented soldiers from wetting their feet and suffering from frostbite. "Unsalted fat" was also stockpiled to treat frostbite cases.

It took Russian troops one month to reach Erzurum and prepare for the decisive assault that began with a brief artillery barrage on January 29 (February 11 Gregorian calendar). Intense and bloody fighting dragged on until February 3 (February 16 Gregorian calendar) when the fortress fell.

The Russians continued to advance until late March, and the enemy was forced to fall back 100 kilometers from Erzurum. This defeat came as a shock to the Turkish high command, General von Sanders said. Actually, the Turkish authorities suppressed reports about this setback for several months.

Russian successes on the Turkish Front caused quite a stir among its enemies and Allies. The Entente Cordiale did not like the prospect of seeing Russian forces entrench themselves in Asia Minor and near the Black Sea straits.

Even today, Mr Erdogan, as well as London and Washington are not very happy about successful Russian operations in Syria that aim to fight the Islamic State terrorist organization, which is banned in Russia.