by Oleg Nazarov
Zinoviev Club member Oleg Nazarov talks about those responsible for World War II, a topic which suddenly became relevant again in the run-up to the 75th anniversary of the beginning of that war. 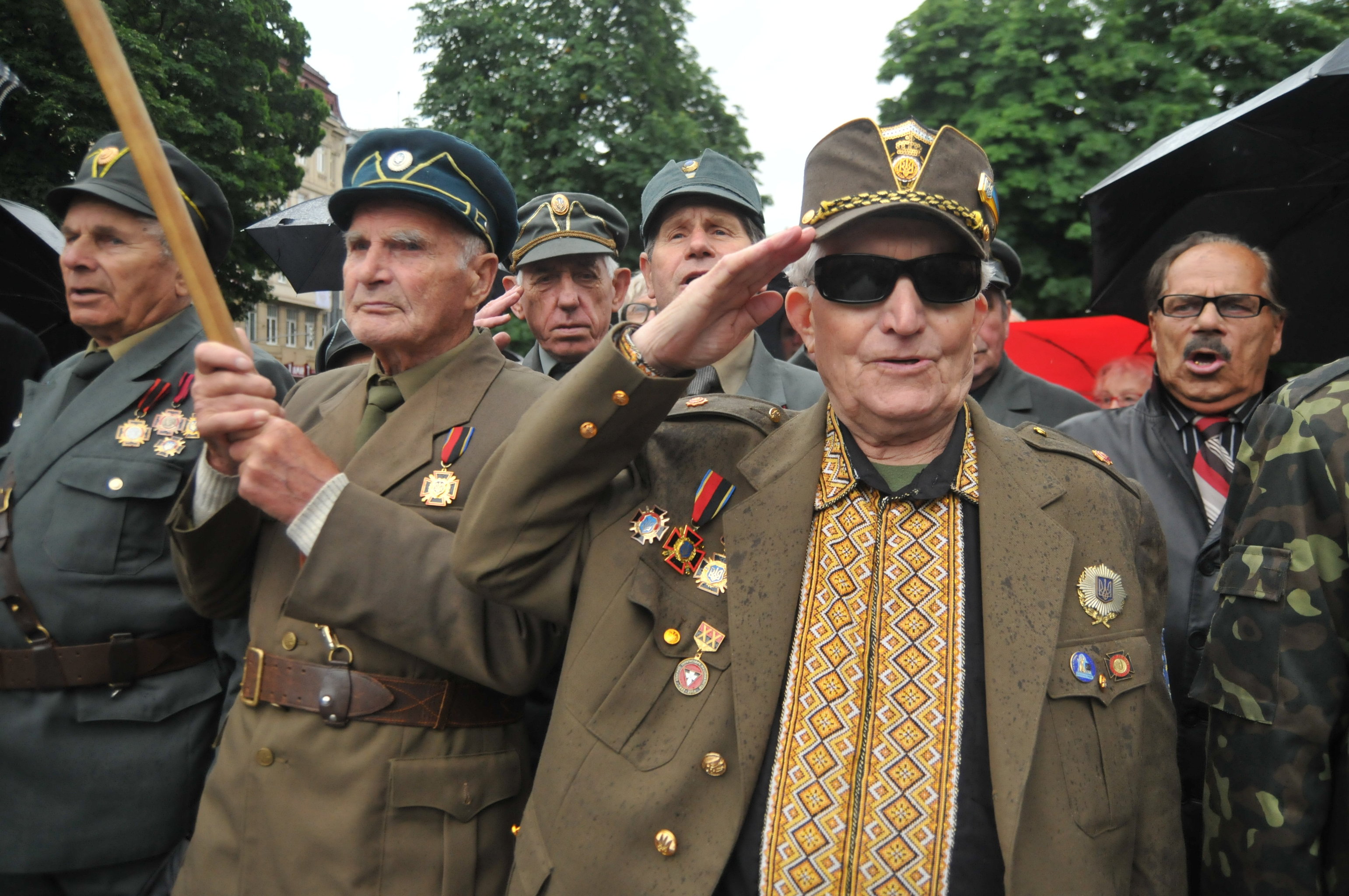 In the run-up to the 75th anniversary of the outbreak of World War II, European Commission representative Martha Rayherts said that the war was started by Russia. The Russian Foreign Ministry has called her statement "treacherous blasphemy that blurs the line between good and evil and desecrates the memory of the 27 million Soviet people who laid down their lives in order to save the world from the "brown plague."

While agreeing with the assessment provided by the Foreign Ministry, we must not forget that we haven't heard anything new from one of Europe's second-rate European politicians, who are so drab that they can hardly be told apart from each other. Five years ago, on the eve of the 70th anniversary of the beginning of World War II, a massive anti-Soviet and anti-Russian propaganda campaign swept across the West and some former Soviet republics. The argument about equal responsibility of the Soviet Union and Germany for the outbreak of World War II was heard out of almost every European backstreet. These kinds of statements and resolutions have been pouring like trash from an old bag up until now. Making a name for oneself by slandering dead soldiers who fought against fascism in "civilized Europe" has become fashionable, and a new "value."

Uncovering the causes of this phenomenon, Igor Shishkin has justly remarked: "Only a very naïve person can think that politicians, political scientists and wordsmiths of all kinds have become suddenly carried away by history and so much concerned about historical justice. What we see is not a historical study, but a "historical policy." Accordingly, revising the history of World War II is not a historical, but rather a political and, more precisely, a geopolitical issue… Rewriting the history of World War II is a tool used in the project for building a unipolar world and establishing a new world order. This project involves the strategic interests of powerful circles in the West. Therefore, the stake in the "historical game" is not money or land, but the future of Russia as a sovereign state and an independent civilizational and political center. Although, if everything goes well for them, money and land will, of course, be taken away from us."

If we let it happen, they will take away our natural resources as well. The size and the structure of the Russian population will be brought in line with the parameters defined by Washington. And the Russian Federation will be split into "independent" "fiefdoms."

The Yalta-Potsdam system of international relations was the outcome of World War II. In 1945, no one, not even the US or the UK, was challenging the decisive role of the Soviet Union in defeating Nazi Germany. As one of the creators of the Yalta-Potsdam system, the Soviet Union was not just one of the permanent members of the UN Security Council, but the main rival of the United States globally, which it remained until it disintegrated.

In the early 1990s, having gotten rid of its competitor, Washington proceeded with building a unipolar world. Although weak, Russia still stood in its way. In order to change the status of our country on the world arena, a campaign to rewrite the history of World War II began. Those who defeated the Nazis are portrayed by the West as aggressors who started the war. The history of World War II is taught in such a way that it is not surprising that many American and European students are clueless about who fought who in the war of 1939-1945. But they know for sure that it was the West, not anyone else, that saved the world from fascism.

Eastern European countries are playing their role in the global geopolitical game that is determined by Washington. Their leaders are bending over backwards as they try to show to the Americans their loyalty and willingness to cause harm to Russia and the Russians, even when it's not in their interests.

Of course, NATO is using the lackey attitudes shown by the elites of its new members to further its goals. However, the dismissive attitude toward Eastern European countries shows from time to time. In May 2014, there was a scandal in Latvia caused by the behavior of the NATO Navy in the port of Ventspils. Here's what Mayor Lembergs of the town of Aivars wrote in his letter to NATO Secretary General Anders Fogh Rasmussen: "The NATO Navy in Ventspils behave like pigs, ignoring the laws of Latvia and the mandatory rules of the Ventspils government. In a state of alcohol intoxication, they urinated and vomited in public places and on shop windows; they consumed alcohol in public places, which is not allowed in our town. They also picked flowers from flower beds and gave them to prostitutes. They behaved like an occupying force that does not recognize the sovereignty of Latvia and its laws."

Such a candid statement is important. European politicians, especially from the "new" Europe, rarely speak their minds. One thing is unclear, though: what kind of sovereignty of Latvia was the mayor talking about? During Gorbachev's perestroika, the tagline of fighting for independence was widely used by Baltic politicians who were vying for power and access to the assets created during the Soviet era. After gaining independence, they immediately rushed into a not so tender embrace of the EU and the United States. Now, they are surprised that the NATO Navy is behaving like invaders. But why cry over spilled milk…

However, the "historical policy" of the Western-oriented elites in Eastern Europe is addressing its own problems as well. The most important among them is to retain their power and the property of the looted "Soviet legacy." "The historical policy" should provide facts and arguments in favor of the anti-Russian position of the separatists who seized power in the former Soviet republics.

They are making use of everything that falls into their hands. Five years ago, then-President of Ukraine Viktor Yushchenko marked the 350th anniversary of the Battle of Konotop, which is by far not the most important battle of the Russian-Polish War of 1654-1667. In September, the leadership of Lithuania is preparing to mark the 500th anniversary of the Battle of Orsha, in which the combined forces of the Grand Duchy of Lithuania and the Kingdom of Poland defeated the troops of Governor Ivan Chelyadnin and Mikhail Bulgakov-Golitsa. It's fine that during the subsequent march on Smolensk the Russians defeated the Poles and the Lithuanians, and the Russian-Lithuanian war lasted for another eight years. The fact that they won the Orsha Battle is much better than nothing.

There's no doubt that the Ukrainian and Baltic historians will continue to seek out historical events where their countries had armed clashes with the Russians. They are likewise faced with another important task, which is to justify the collaborators who worked for the Nazis and swore allegiance to Adolf Hitler. The touching attention that the Ukrainian authorities have been paying to OUN-UPA and Galicia Division since the early 1990s is not accidental, either. The reasons for the attention given by the Estonian authorities to the veterans of the 20th Waffen SS Grenadier Division and their Latvian colleagues from the 15th and 19th Waffen SS Grenadier divisions are also clear. After all, they were "patriots" who fought against "Soviet occupation." The fact that the Ukrainian and the Baltic punishers were killing civilians in Russia, Belarus and Poland can now be forgotten.

"The initiative came from the West"

I gave my answer to the question about who unleashed World War II in an article, "In the tracks of the Nazi collaborators." After that, the government-sponsored Rossiyskaya Gazeta published an article by Leonid Radzikhovsky, in which he assured his readers that in August 1939 Stalin was pushing for "Hitler to share the loot."

In fact, the issue was about who Hitler would attack after defeating Poland. The signing of the Non-Aggression Treaty between the Soviet Union and Germany resolved the issue in our favor in the sense that the Wehrmacht turned to the west, and the Soviet Union had some time to prepare for a decisive battle with Germany and rid itself of the threat of waging war on two fronts, since hostilities with Japan on Khalkhin-Gol were still on.

Ten years ago, in an interview with Alexander Zinoviev that I did for Literaturnaya Gazeta, he said,

"World War II was socially heterogeneous. It combined two types of war: one for repartition of the world and a social war. That was a war between two social systems: communism and capitalism.

The war waged by Nazi Germany against the Soviet Union was in fact an attempt by the West to crush communist society in the Soviet Union. Importantly, the social war is the primary component of World War II. Finally, it was not a war between parties that were equally guilty of unleashing it. The initiative came from the West."