Turkey, Syria, Donbass and the US Umbrella

by Dmitry Kulikov
Zinoviev Club member Dmitry Kulikov analyzes the geopolitical face-off between Russia and the United States that unfolded in the last few weeks of 2015. 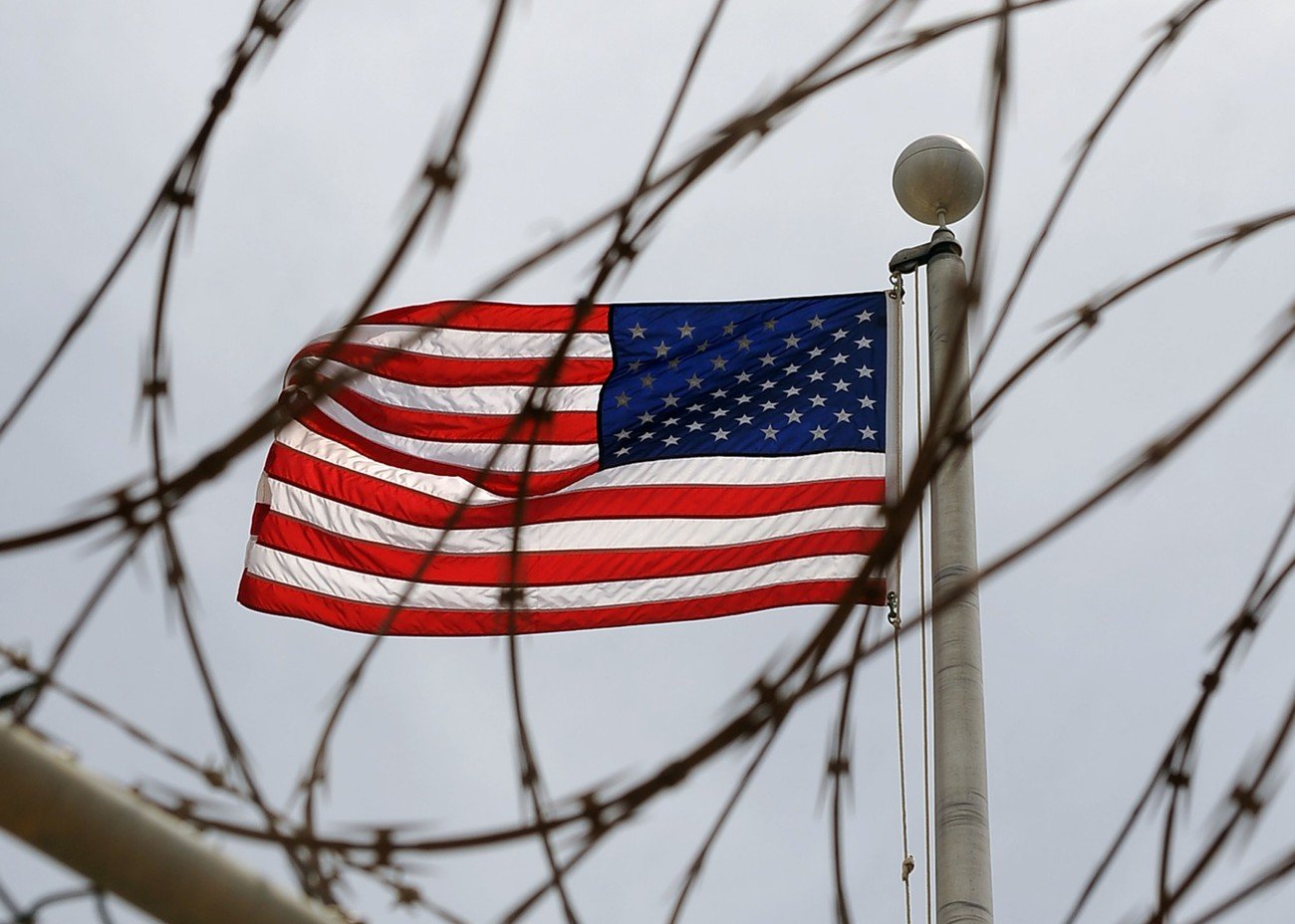 The face-off is unfolding rapidly — even by historical standards.

Turkey's shooting down the Russian bomber is a key factor. In geopolitical terms, the situation can be summed up as follows.

1. US umbrella at work

It is already clear that the attack against the Su-24 was a well-thought-out, carefully planned operation.

The decision to fire a missile at our plane was made by Turkey's top leadership — either by the prime minister or by the president. The Turkish F16 was airborne, waiting in ambush to attack our aircraft.
On the ground, film crews and the militants who later killed our pilot were waiting for the operation. There were no situational circumstances to warrant the destruction of our plane, as it posed no threat to Turkish security. At the same time Turkey ignored international regulations and rules of procedure for such situations.

The question arises: Why did this happen and what actually happened?

The answer is obvious.

Turkey stated in no uncertain terms that it will continue to follow an openly anti-Russian line. It offered itself as an anti-Russian tool to the United States in the global game for the preservation of US global domination.

The US reaction, apparently restrained and contradictory, in reality appears as if it is support for Turkey's actions, which is America's NATO military and political ally. If the United States, which is in fact synonymous to NATO, and there is simply no other (collective) NATO, wanted to prevent the escalation of tension and possible use-of-force scenarios, it would have been enough simply to condemn Turkey's actions publicly as clearly excessive and provocative. Neither the United States nor the NATO authorities did anything of the kind. Therefore, Turkey's actions were either informally approved in advance or the United States appreciated the importance and practical value of Turkey's operation for its geopolitical game.

Turkey's declaration of an openly anti-Russian position is well-timed in terms of "replacing" the weakened anti-Russian Ukraine and in terms of destroying Russia's ties with its partners in Central Asia and the Caucasus.

And, of course, a new player has emerged on the Middle East theatre of military and political operations that is potentially prepared to stand up to Russia.

The United States simply cannot ignore such a "gift." Erdogan understands well that another couple of months of active operations by our Aerospace Defense Forces will bury the illegal oil trade in oblivion.

In addition, the strengthening of Syrian statehood and a possible alliance between Assad and the Syrian Kurds will scuttle the plan to destroy Syria and turn it into a "black" zone of controlled chaos where oil and territory are up for grabs.

To stand up to our operation in Syria on a broad regional scale, Erdogan needs an American umbrella. It seems that he has found it, and in the near future we are bound to see the toughening of Turkey's unprovoked anti-Russian position.

Will the information about Turkey's trade with terrorists-seized oil, which we have published, stop the United States? Evidently not. Whether this will be made apparent in Turkey's open actions or in the form of "an accidental terrorist attack," for example, in the Black Sea straits, against our ships, is only a matter of form, not substance, in this anti-Russian position.

2. The real coalition aims to seize and divvy up Syria

The situation surrounding the Su-24 has identified another, so far informal coalition that includes Qatar, Saudi Arabia and Turkey. Qatar and Saudi Arabia are the only countries (except for Ukraine) that have openly supported Turkey's actions.

They have offered their help in marketing Turkish goods subject to Russian sanctions. Unlike the US-led semi-mythical coalition of 65 countries purportedly fighting the terrorist state (the Islamic State, an organization banned in Russia), the Qatar-Saudi Arabia-Turkey coalition actually does exist. And its actual goals are totally different from those that have been publicly declared.

The troika's goals include the elimination of Syrian statehood, the seizure of Syrian territories and the creation of corridors for hydrocarbon transport.

It is a long-term project into which billions [of dollars] have already been plowed, and various terrorist organizations are a major tool in its implementation, not an object that needs to be fought and destroyed. On the contrary, this troika will do everything it can to save its project and strengthen terrorist organizations, again taking advantage of the US umbrella: After all, the United States is their official ally.

The actions taken against Europe, specifically the "delivery" of the massive flows of refugees, organized and managed by Turkey, as well as terrorist attacks in Paris, have brought united Europe to de-facto capitulation.

At a recent EU-Turkey summit, the Europeans offered Erdogan generous gifts in exchange for the illusion of calm or at least a temporary release of pressure against them through refugees and terrorist threats.

Europe's position is suicidal. Look at the offer to lift visa requirements for Turkey alone. What does this have to do with the goal of limiting illegal migration and halting the flow of refugees?

The outcome is obvious. The removal of visa requirements will only intensify this flow. Putting the issue of Turkey's admission to the EU back on the political agenda will only lead Erdogan to step up the pressure.

By the way, Europeans' "generous gifts" are not enough for the Turkish president. He wants not just to receive a lump sum of 3.5 billion euros for "a refugee program" once but to receive this money every year. This is in fact the tribute that the Turks plan to make a capitulating Europe pay.

During the EU-Turkey summit in Istanbul, a prominent human rights activist was killed and journalists who reported on Turkish arms supplies to terrorists were jailed, but the freedom-loving democratic Europe simply ignored all of this. So-called European values, such as freedom of expression and democracy, again turn out to be sham.

Erdogan received from Europe carte blanche to any domestic and foreign policy course in exchange for vague promises to help address European problems and "try to show understanding for Europe's position."

Today's Europe is not only unable to preserve its political self-determination and resist US pressure (as was demonstrated through the Ukraine crisis' example), but is not in a position to resist even Turkish pressure.

4. The situation in Donbass is bound to escalate

The aforementioned suggests that the situation in Donbass is likely to worsen in the near future.

President Pyotr Poroshenko will be exposed to the pressure of serious domestic problems, as well as the US geopolitical demand to escalate and toughen [Ukraine's] anti-Russian position.

Obviously, without US approval, Poroshenko will not dare resume the war in Ukraine. If he does, this means that he has received the go-ahead.

The situation in the Transcaucasus and Central Asia should also be expected to become aggravated. One factor here is the ambiguous position of our CSTO partners on the downed Su-24 even though they think they are thereby avoiding risks.

All the aforementioned situations involve the escalation of tension and the imminence of a serious military crisis.

It is important to understand that this escalation scenario is played out by the United States. In theory, this could stop the scenario. But only in theory. In reality, the United States cannot stop escalating tensions and begin real, equal talks to resolve the crisis, as this will be synonymous to eroding the American world order and American domination.

This is the essence of the problem and we should bear this in mind in formulating our goals and planning our geopolitical moves.